Champagne icon with a worldwide recognition, Ruinart is the symbol of French excellence. Let’s have a closer look at the story of this pioneer !

Sparkling wine is already knowed in France but has no official name when Nicolas Ruinart established the very first Champagne House in 1729. The pomp that Louis XIV instaured in his court was still present after his death, and benefit well to the Ruinart House, which known a phenomenal success! Consequently Nicolas decided to abandon the cloth trade to entirely dedicate himself to the Champagne production… 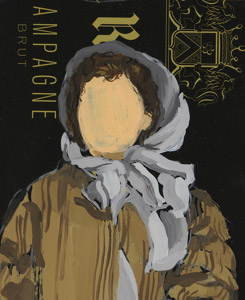 Middle of the 18th Century: Ruinart acquires some chalk cellars located underneath Reims. Those cellars, dug by hand on more than 8km long, have the required characteristics for the maturation of Ruinart wines. Those cathedrals of chalk are now UNESCO listed!

1817: François Irénée Ruinart is ennobled by Louis XVIII, and thus has his own coat of arms which is still printed on Champagne bottles! Discover all its secrets here.

1919: After her husband’s death, the Viscountess Charlotte took the helm of Ruinart until her son was old enough to succeed in 1925. “The Regent” add herself on the short list of women who leaded a Champagne House, and put the House back on its feet after the First World War. 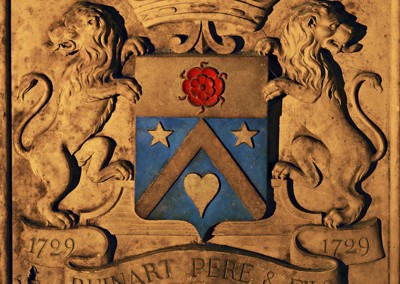 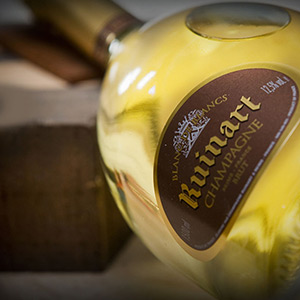 Since 1896, Ruinart develop its artistic collaborations. The very first production is an advertising poster designed by the Czech artist Alphonse Mucha! Since then, lots of projects and artists have collaborated with the House, among others:

Through all its collaborations, the House Ruinart proves its hability to combines authenticity, modernity and quality.

Add a visit at Veuve Clicquot Ponsardin House to your wish list here: